“At that time Hanani the seer came to Asa king of Judah and said to him, ‘Because you relied on the king of Syria, and did not rely on the Lord your God, the army of the king of Syria has escaped you. Were not the Ethiopians and the Libyans a huge army with very many chariots and horsemen? Yet because you relied on the Lord, he gave them into your hand. For the eyes of the Lord run to and fro throughout the whole earth, to give strong support to those whose heart is blameless toward him. You have done foolishly in this, for from now on you will have wars’.”  2 Chronicles 16

Something happened. I’m not exactly sure I can pinpoint the exact moment it happened, but something did happen. Maybe it wasn’t an exact moment. Perhaps it was several moments over time that caused me to have a broken and distorted view of intimacy. The lengths to which I go to be KNOWN by other humans is exhausting. You could even say this blog is a medium in which I seek to be known IF my intentions aren’t in check. But one thing I know. Something happened.

As humans, God created us all to be known. When we live in community with other believers we are known in bearing one another’s burdens, sharing life together, joys, sufferings, and the abundance of the goodness of the Lord in our lives. But, He created us to be fully known and to know that we are known by the One who spoke galaxies and stars a billion times bigger than our sun into existence. So, the striving of wanting and and desiring to be known is simply a cry to our Father to be known in the deepest depths of our souls that no other human, not even myself, can satisfy.

But something happens. Sin and disappointment weave their way into our every day moments. Whether that is my own sin or the sin of others done to me, which causes me to hide from intimacy with God and others. To experience deep intimacy there must be a basic foundation of trust. To be able to lay myself completely bare and naked in the most intimate way with my spouse, there must first be a foundation of trust. I must know that he won’t judge my body, compare my body to those of other women, that I am known by him and him alone. God proves we can trust Him when we KNOW HIM through His Word (2 Samuel 7:28).

I believe that is where my understanding of intimacy went wrong. Trust. Intimacy is not so much experienced in the spatial proximity to the object, but found and manifested in trust. Early on in my life I would reach out to be known by those I was supposed to be able to trust: by my mother and the men that were brought in and out of my life. Somewhere along the way in my little mind I learned that the more times I reached out to be known by those I was supposed to trust, I would found myself rejected over and over again. Sometimes when I would reach out to be known as a little girl I found myself being known in a way that no little girl should be known. Thus, a broken and distorted view of intimacy. Somewhere between the trust being broken and the need to respond, I RELIED on the created world for my intimacy. I thought that if I could exchanged the treasures and the truth of God and His intimacy with me for what He created, sexual, relational, nature, etc., then I could experience the true intimacy that my soul craved and desired.

But something BIGGER happened recently… Just like Asa was reminded of the battle God won on behalf of Judah, a battle of more than a million Ethiopian chariots and horsemen, I was reminded that God won the most intense and vast battle that I could never win: death, sin, and the grave (Revelation 1:18)! Surely, He makes all things new (Revelation 21:1-8), including my distorted view of intimacy.

So I begin a deeper journey of intimately being known and knowing the Lord in new ways that are refreshing to my soul and are healing the objects (other humans, nature, etc.) that I used to rely on for intimacy. That started with repentance and turning from the those broken reliances that don’t satisfy. What grace we have in the Lord’s kindness that leads us to repentance. And how His Word graciously reveals the areas where we hew out for ourselves broken cisterns (Jeremiah 2:13) to hold and rely on for our deepest needs of being known and intimate with our Creator. 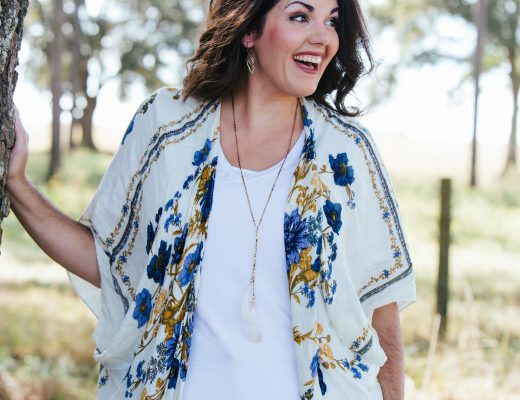