The Center for Disease Control defines an abortion as “an intervention performed by a licensed clinician (e.g., a physician, nurse-midwife, nurse practitioner, or physician assistant), that is intended to terminate an ongoing pregnancy. Most states and reporting areas that collect abortion data now report if an abortion was medical or surgical. Medical abortions are legal procedures that use medications instead of surgery.” According to the CDC an estimated 1,000,000 babies are aborted every year in the United States alone by medical or surgical means. When I think about this statistic my heart yearns and groans with all of creation for the life of the unborn (Romans 8:19-23). My heart also longs and yearns for the women who have believed the lies that abortion promises: freedom, self preservation, comfort, hope. My heart burns within me for the the aftermath of what these women will face for the rest of their lives… for the rest of eternity.

But right now, as I sit at my computer crying, I’m not angry with the women who have decided to abort their children. I’m not angry with the politicians who have willingly signed the death sentences for millions of women and children. I’m angry with the Church. I’m angry at born again Christians who throw money at pregnancy centers who offer support to women questioning abortion, but would never offer their time, their arms, or their lives to make sure that not another woman in this country walks through the doors of a business (that’s right a business, because you no longer need a medical license to perform an abortion in the state of New York), to end the life of a human being. What do I mean by this? What do I mean when I say that Christians as a whole are not offering their time, arms, or lives in order to end abortion. And while we’re at it, caring for orphans and children in foster care, which is our TRUE WORSHIP (James 1:27).

Let’s look at another statistic. The Adoption and Foster Care Reporting System estimates that as of October 2017 there were 396,966 children were the foster care system in the United States. In the same year 251,352 children ENTERED the system. While 101,945 children were waiting to be adopted from ages birth to 18. So, the number of children being aborted and waiting to be adopted is an estimated 1,400,000 children.

The Bible is full of commands like do not murder (unborn or partially born), do not commit adultery, do not have any other gods before me, etc. But the Bible is also full of eternal imperatives that allow God’s Kingdom to be represented on this earth as it is in Heaven. To offer Gospel transforming hope here on earth NOW. Things like love your neighbor as yourself, be hospitable, care for the orphans and widows, care for the least of these, think of others needs before your own, love justice, and more. As believers we have a tendency to make these imperatives a matter of “calling”, or “feeling lead to”, or my favorite: God told me to… (fill in the blank with whatever it is that God speaks to you in your cereal or in the clouds). It’s easy to post a status on social media about how this country is abandoning God and we are killing our children. All in the name of nobility. It’s easy to write a Facebook status about how angry you are at the current legislation passed in New York about late term abortion. It’s a noble thing to preach from the pulpit about how abortion is murder and how we shouldn’t be aborting our children in this country. But, we ARE aborting our children in this country. Women ARE being fed lies about their bodies and the personhood of the unborn. I will admit our churches are doing noble things to obey enough to say we’re obeying, but not to the point where it’s inconvenient, hard, or life changing.

“Look at that angel”…. “How sweet is that angel”… “What a beautiful angel”…. babies, the well behaved, sweet ones that never interrupt our worship services and always obey their parents are labeled as angels. The wanted. The desired. Our view of angels have become nothing short of chubby fat babies in perfectly, pristine white diapers who take us by the hand when we go into Heaven to meet our grandmas. When God’s Word gives the imperative in Hebrews 13:2 to  “be hospitable to strangers, for thereby some have entertained angels unawares”, I believe God means what He says. When He said, “Let there be light”, he meant it and there was light. What if the stranger we were to welcome into our lives, be hospitable to, graft into our families, welcome into our home, take to our child’s soccer games, feed, clothe, love. Truly love. What if those orphans that needed adopted, foster children desperate for a non-traumatic home, the woman considering abortion, what if THEY were the angels to entertain? What if the Church took God’s command to love our neighbor, be hospitable to stranger, take care of the orphaned and least serious? What would our homes, our churches, our communities look like? They would look like Heaven. Heaven is a place where God spends eternity with the strangers and sinners welcomed into His home as His own. Not just strangers, but those who were once His enemies. People who chose to love their sin rather than Him. He chose to be patient, kind, He chose not to envy, He was never rude or arrogant toward me, He has never required His own way, He is not irritable or resentful; He does not rejoice at wrongdoing, but rejoices with the truth. His love bears all things, believes all things, hopes all things, endures all things, even endured the most horrific death humanly imaginable so that I would not have to experience it for all eternity. If I have this kind of love, why wouldn’t I want to care for the orphans and those that are “the least of these” the same way God loved this orphan?

If we, professing believers in the God of the universe, truly believe He created life, then what are we doing about travesty in this country? The precious ones who make it out of the womb unscathed by the abortive instruments might at some point enter the foster care system. Maybe their biological mothers decide adoption is the best choice for her child… Will there be believers to take on the raising of these children and grafting them into their lives and homes? If they somehow made it unscathed from the brutal abortion process, you better believe the enemy desires to kill that soul in some way… Who will be there to open their arms? The world? Or you? 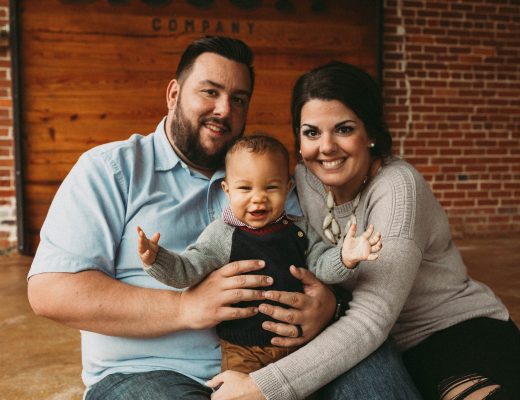 I Met a Boy 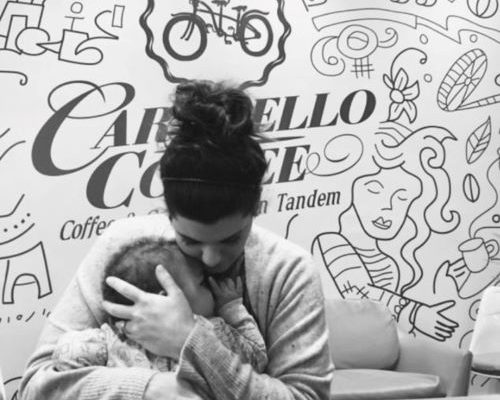