Adoption and the Heart of God: Plan A. Not Plan B.

Adoption never begins with the invitation of the child. Adoption always begins with the initiative of the parents. Before Baby B was born, she had parents who were working to adopt her. Our pursuing her was through the heart wrenching prayers to her Heavenly Father. This faith inspired initiative came to my husband one night as he sat me down and said, “Louisa, I don’t know how or when, but I know God is calling us to adopt in order for us to have a better understanding of the Gospel”. My entire body was motionless as I sat stunned with those words filling every inch of that living room, dimly lit as it was late into the night when he spoke this over me. There was no room to breathe, move, or run. “We will adopt” was the initiative Baby B’s father took to win her to ourselves. After years of childlessness, my husband was speaking in faith that we would become the parents of an unknown child. The year and a half that has followed before we would ever lay eyes on the little one who might become ours, was laden with desperate prayers. The prayers were not that God would give us a child, but that when He did, we would pursue her the way Christ has pursued us… and that the Gospel could be put on display for all the world to see.

On March 9, 2017 a brave 28 year old woman chose life for a beautiful little girl in Tallahassee, Florida. The baby was addicted to a number of drugs and alcohol and needed hospitalization for 3 weeks. At the time we didn’t know anything about her, for we were in Florence, Kentucky. But, in May of 2018 our eyes met for the first time. Hers as blue as the sunniest of summer days. Mine, desiring, wanting, hoping for a child. My husband had just accepted a pastoral position in Monticello, Florida where we began to serve the community and families toward loving Jesus Christ in a deeper, richer, fuller way. We didn’t know when we sat beside an older couple, who had what seemed like a brood of children wrapped all around them, that our lives would become intertwined in a  mysterious way that can only be determined as God’s sovereignty. The couple began to explain to us how they have been foster parents for over 100 children in the area and legally adopted 4 of those children. As they began to tell us about their ministry in the foster care system, a blue eyed, strawberry blonde beauty poked her head out from behind the man. “This is our B”.

She had a smile that could melt you to pieces. A sweetness in her eyes and a calmness that was beyond her short one year old life. The days, weeks, and months that traveled on by after our first encounter with this child began to prove to us that we wanted to fight for her. An even deeper initiative. We wanted to fight for her to become a Saylor.

Baby B won’t become our child because of her own self will.  But because we pursued HER. She will do nothing to become ours. Before she was ever born, she had a hopeful Momma and a Daddy praying for her as she slept in the arms of her foster family, and they were WORKING to adopt her. She has no idea what had been done completely apart from her to bring her to this point. What brought her to the point of hopefully becoming a Saylor. This orphaned child has become our beloved child, not because she pursued us or invited us to become her parents, but because we pursued her before she was even born. So in light of that picture, let me remind you of Ephesians 1:4–

“Blessed be the God and Father of our Lord Jesus Christ, who has blessed us in Christ with every spiritual blessing in the heavenly places,even as he chose us in him before the foundation of the world, that we should be holy and blameless before him. In love he predestined us for adoption to himself as sons through Jesus Christ, according to the purpose of his will, to the praise of his glorious grace, with which he has blessed us in the Beloved. In him we have redemption through his blood, the forgiveness of our trespasses, according to the riches of his grace, which he lavished upon us, in all wisdom and insight making known to us the mystery of his will, according to his purpose, which he set forth in Christ as a plan for the fullness of time, to unite all things in him, things in heaven and things on earth.

In him we have obtained an inheritance, having been predestined according to the purpose of him who works all things according to the counsel of his will, so that we who were the first to hope in Christ might be to the praise of his glory.”

You see, before a star was formed or spoken into existence, before the mountains were formed and rivers billowed between them, before galaxies took their place in the expanse of the universe… Before any of that…GOD SET HIS LOVE AND AFFECTION on His children. This is the initiative from our Heavenly Father to bring us from death to life, awakening us to His love in order that we would become HIS children. It wasn’t anything I could will to pass. It was not of my own invitation. It was always Him. Working. Adoption was God’s “Plan A”. He effectually called His children to Himself. Therefore, we will work to bring this child to ourselves. For the sake of the Gospel. For the sake of God’s kingdom to come on this earth and His will to be done that all may hear the the Good News of Jesus Christ.

We’re pursuing you, precious little one. 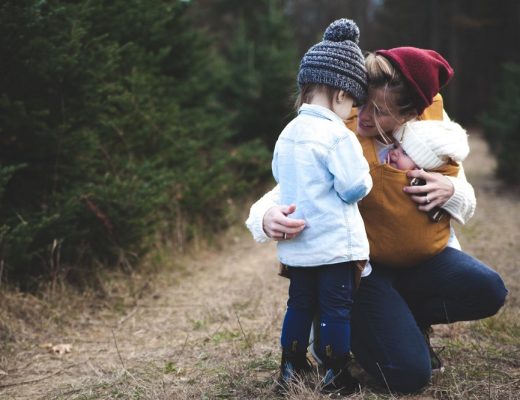 The Platform of Redemptive Motherhood 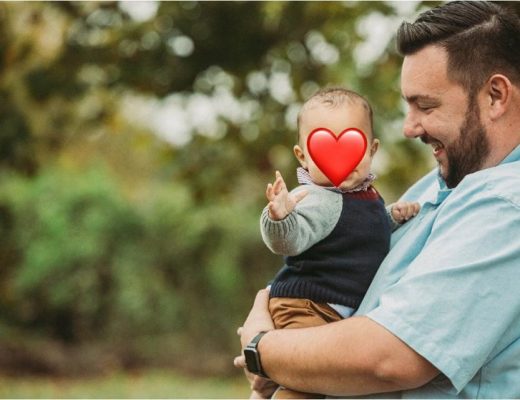 To Love You My Son