My Side of the Story

So my wonderful wife asked me to “Guest Blog” for her. I have to start off and apologize for being late with the entry, I believe she promised last Friday, but I figured it would be just fine to be late with this one so here it is.

A little about me: (You can see a full bio on my blog – seektheshadows.wordpress.com.) I am a college pastor, seminary student, husband, and many other things listed on my bio. Most things could probably be considered a full time job, and I do them all and love them all. One of those things that I list about myself that is missing is the title father. I know Louisa has talked about our journey before, so I want to very briefly tell my side of this amazing and sometimes upsetting journey we are on.

Barrenness is usually not on your radar, ever. Especially when dating and through engagement, and never during the first years of marriage. As Louisa and I were early in our marriage, it was a tough time like most newlyweds. We were working 5 jobs between us, living in a one-bedroom apartment, and not knowing what we were going to do in our future. Like most couples, we had dreams of how many children to have, the names we would give them, how good at sports they all would be, and all that comes with each one of those dreams.

You really never want to believe that something like this would happen to you, I mean, we are supposed to have kids, it’s our right, it’s what happens. I don’t want my last name to die off with me, etc. All of these thoughts creep through your mind when you find out that it is going to be near impossible to have kids, if possible at all.

Probably years 2-7 of marriage were really tough in this regard. Early on, we were in no place to raise a child with so many hours being worked and so on, but that does not matter. When you are told you can’t do something, human nature kicks in and you try to do something about it. So on we “try” to create a life on our own.

I do not know where you are at in your life, but it is usually not a good thing when you try to do things on your own. In fact, when God says something to you, such as how He spoke to us in all those different doctor’s visits, it is wise to just give up and heed to those words. However mankind can be pretty stubborn at times can’t we?

One of the more popular stories of barrenness in Scriptures is Abraham and Sarah in the book of Genesis. God told Abraham that he would have a son. And for the sake of preaching and this blog going on too long (which I could do), I will say that even though they had faith in God, they did not believe Him in this area. So Abraham went and attempted his own way of making a son, through their servant Hagar. And you know what happened, Abraham had a son and named him Ishmael. He had the son that God promised him. Except for one thing, it was not the way that God promised that he would have a son. And keep reading in Genesis, the story of Ishmael did not end too well.

This entry is not to preach about birth control or alternative ways of birth, the conviction of Louisa and I are that if God wanted us to have a child, then we would have had one instead of the 5-7 miscarriages that we have gone through. We could easily do things to have a child, but we believe (and rightly so in my opinion) that we are honoring God more by not having kids than if we were to have kids outside of His perfect will.

If we would have had kids all those years ago when we were trying, we would have missed out on so many things that are happening for us as a couple right now. I believe that someday we will have a child, either through the good ole’ fashion way or through adoption. And I’m excited about that, but only when it is in the perfect will of God.

I’m not saying that it is easy, after 9 years of marriage it is still hard at times. God has definitely given grace to us. But I would be lying to say that Mother’s Day or Father’s Day isn’t a little hard to get through sometimes. However, God has filled our life with so many blessings that kids would just get in the way of that lol. In all things in our life, we are content. That is all that matters in our life because we honestly believe that as a couple we can honor God more through the testimony of not having children that He has allowed us to have. Before the world was formed, God knew that Louisa and I would not have children, at least up to now. It is all His story anyway, why would we want to manipulate that around what He has provided? He knows our life more and in better ways than I do, so why act like I know what is better for us?

And you know, God is good in all things. That whole thing about me never being called father…well we have a group of young people at church that are spiritual children to us where we can say honestly, “I have no greater joy than to hear that my children are walking in the truth.”(3 John 1:4 ESV)

I have no idea how this chapter in the story will end. If blogging is still a thing in 10 years, look for the follow up entry. Or I may die before I am able to finish this blog. But I can promise you this one thing, when you follow God life will never be boring. Following Him is so much sweeter than a house full of my offspring running around.

I would love to have you follow my blog at seektheshadows.wordpress.com and on twitter at @brianksaylor. I have some witty comments, transcripts of our lessons at church, book reviews, and every now and then some amazing memes. 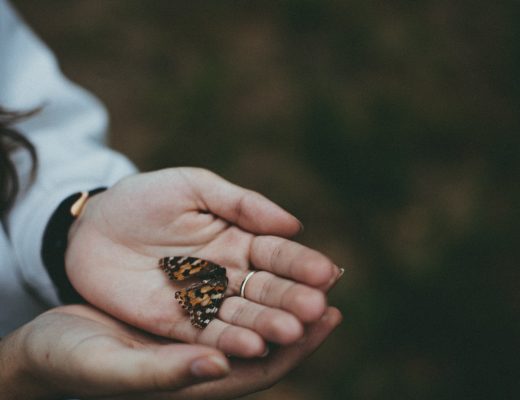 Infertility: Wake Up, Oh Barren One